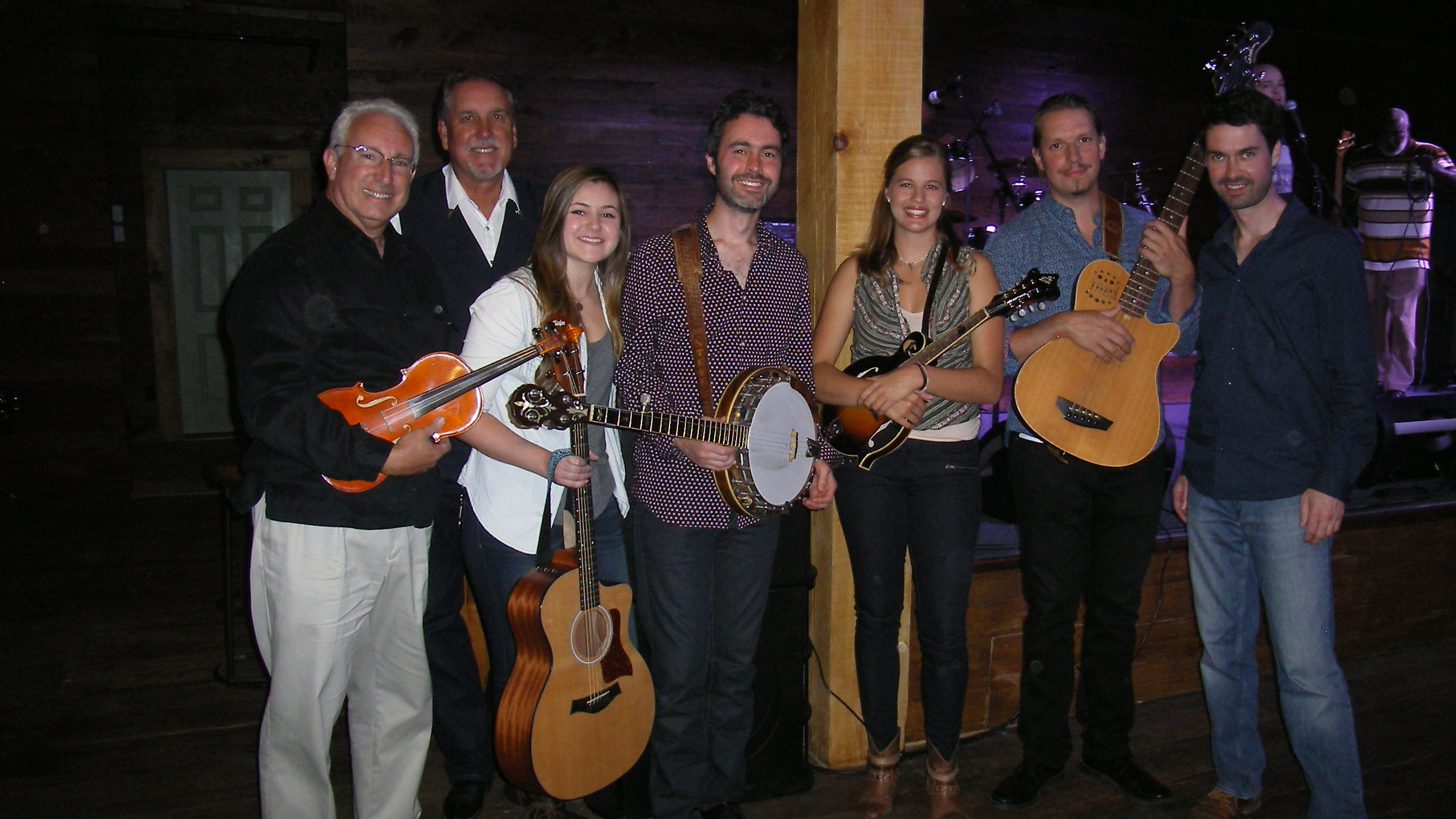 The LOUVAT Bros trio is right back from a tour in Louisiana USA. The trio performed at various venues including a workshop at the LST
(Louisiana State University) in Lafayette. There they met the staff in charge of collecting and archiving all the Acadian and Cajun
music recordings, films, photos they might find in order to maintain the everlastingness of this American tradition.
These guys do an amazing job !!

The trio also met a local Bluegrass band including two young and talented girls singing great, a fiddle player and Garry Newman
on the upright bass. Garry’s dad was the late and famous Jimmy C. Newman who was an American country music and Cajun singer-songwriter
and long-time star of the Grand Ole Opry in Nashville Tennessee.

It was so natural to invite our new friends on stage during another show of ours to share a few classics like Jolene by Dolly Parton.

It is always a true pleasure and an enriching experience to collaborate with other musicians from around the world.